Results have not yet been updated but there is little to formalize: Italy and Marco De Luca go to team and individual gold in the racewalk 50km of European Cup 2015 in Murcia (ESP). The russian walker Ivan Noskov had already been disqualified in 2016 for 4 years due to positivity at the EPO, but the disqualification had only canceled his results from 2 June 2015 to 15 July 2015, leaving valid the first place obtained in the European Cup in May of 2015.

Justice, however, arrived, albeit with delay, with an update of the decision by the AIU which, after re-analyzing the anti-doping sample of that year, also included in the disqualification period the results achieved by Noskov from 29 January 2015 to 2 June 2015. 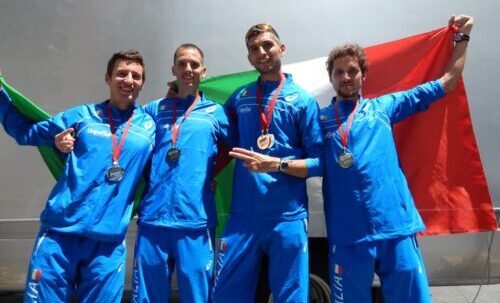 And so Marco De Luca, who had already risen from third to second place in the standings due to the previous doping disqualification of the other russian Mikhail Ryzhov, earns a well-deserved gold but unfortunately not celebrated on the podium. The same goes for the other members of the Italy team of the 50Km in the European expedition of Murcia 2015, namely Teodorico Caporaso (6th), Federico Tontodonati (10th) and Lorenzo Dessi (15th) who win together withDe Luca the team gold.

Ivan Noskov (athlete no longer in activity) could still appeal this decision to his disadvantage, but has very little chance of winning. It is hoped that after the due technical times FIDAL and European Athletics will work to speed up the procedure for updating the results and official reassignment of gold medals.