A feature film shot entirely in Terminillo, the Guidobaldi Stadium and the City of Rieti; this is Takeaway, produced by Alfredo Federico and Simona Banchi for 39 FILMS srl and Interzone Pictures. Il director Renzo Carbonera (Resina and the short film La penna di Hemingway) kicked off a few days ago the filming of the movie that will be about racewalking, doping and a love story between revenge and redemption. The territory of Rieti was not only used for filming, but also for the scouting of secondary actors, extras and workers.

Here is the plot with, in brackets, the names of the performers:

Maria (Carlotta Antonelli) is an athlete, a racewalker. The pride of dad (Paolo Calabresi), who would like to see her achieve success. The mom (Anna Ferruzzo) instead, is more skeptical, although Johnny (Libero De Rienzo), boyfriend of the girl who is almost twice her age, know how to keep the dream of Maria and her parents alive; for this reason Johnny has a fridge full of doping drugs, having helped many young people with illegal substances, in his past as an athletic trainer. Tom (Primo Reggiani) is one of these and is looking for Johnny, holding him responsible for the fact that doping has ruined his health and career of swimmer. But Tom’s revenge plans are shattered when he and Maria start a relationship and her doubts grow, like an uncontrollable fever. The showdown is inevitable in such a confined environment, as well as in the outside world, shaken by debt and bankruptcy, where an urgent need for new hope spreads. 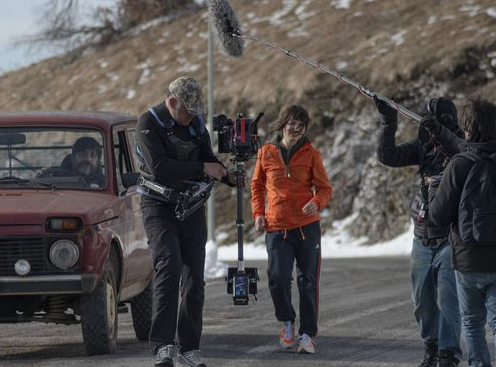 A photo from the film set at the Terminillo
Photo by Daniele Butera; courtesy of Ufficio Stampa film