Last week the Swiss Federal Court had been questioned by Alex Schwazer with a new request to suspend his doping disqualification, by virtue of the controversial dismissal order in the criminal proceedings that had seen him investigated under Italian law. The first opinions of the sports institutions WADA, World Athletics and CAS arrived, which expressed themselves, as expected, against the request for an urgent suspension, while FIDAL would have provided a strange answer; on the decision of President Stefano Mei, once again taken independently by the federal council, the Italian Athletics Federation announced that, if the suspension had been granted, it would not oppose. 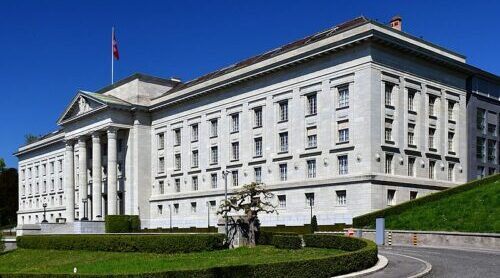 Many Italian media and press hypothesize that a final ruling by the Swiss Federal Court could arrive within the next week, but the parties in dispute had been allowed to present more substantial briefs documents by May 7, so it is possible that the decision will be communicated even after May 16 , the date on which the 50Km of the European Race Walking Cup in Podebrady (CZE) is scheduled, the last chance to qualify for the Tokyo Olympics over that distance. In the Czech Republic the presence of the French champion Yohann Diniz is not yet confirmed, who at the end of March, given the media chaos on the issue, had wanted to say about this case in a short and eloquent tweet:

“Alex Schwazer is the greatest impostor that athletic walking is known! Banned for life”

In recent months, a great deal of fuss had arisen due to the accusations of the Italian media (which believe in the hypothesis of the plot against Schwazer and Sandro Donati), to which they had responded harshly World Athletics President Sebastian Coe, WADA general director Olivier Niggli and WADA itself which, with a long press release, explained in detail how the overwhelming evidence of Schwazer’s guilt had been totally ignored by the Bolzano Court Judge Walter Pelino. It is news a few days ago that the Cologne Anti-Doping Laboratory (also accused of being involved in this alleged manipulation) has responded to the accusations with a brief statement made on German television ARD:

“We totally and forcefully reject the allegations of an alleged manipulation of the urine samples of the doping control raised in the reasons indicated in the judgment (ed. By the Court of Bolzano). The Cologne Anti-Doping Laboratory has all internationally valid standards and the guidelines have been followed and respected in all aspects, and at no time have instructions been received to deviate from these standards and specifications”

In the past, the CAS, albeit in a more formal way, had also answered our question on the Schwazer case, declaring that for the Court of Lausanne all the sporting legal case had taken place in the normal way.